On June 26, Steve and Debbie Richards once again opened their home for their annual Garden Party, this year as a joint fundraiser for the Fitzroy Community Hospice and Cancer Council’s Shit Box rally, raising money for Cancer research. Thank you to Stage & Audio and CQ Party Hire for coming to the rescue with a marquee. Despite the rain, this year’s party was another wonderful success, raising $9000 for the Fitzroy Community Hospice.

Fitzroy Community Hospice acknowledges the Darumbal peoples as the traditional custodians of the lands on which we walk. We pay our respects to Elders past, present and emerging, recognising their continuing connection to country and culture. 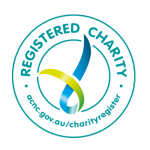 Register your support for this project